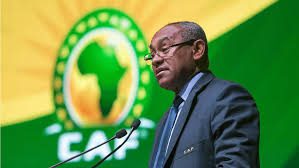 The 2023 edition of the Africa Cup of Nations (AFCON) will be played in June and July of that year in the Ivory Coast, as confirmed by the Confederation of African Football (CAF).

It was mooted that the 2023 Nations Cup could be played in January-February, as CAF plans to do with the next edition, which is scheduled for early 2022.

However, this would mean the 2023 tournament would follow just a month after the 2022 World Cup in Qatar, which will be played in November-December of that year.

“As per now, AFCON 2023 is scheduled for June/July in accordance with the competition regulations,” CAF Secretary-General Abdel Bah told reporters, as quoted by Inside World Football.

“We have not yet received any request from the Ivorian authorities on the subject.”

An issue facing the 2023 tournament is that Ivory Coast will likely experience heavy rainfall in the middle of the year – the same reason CAF initially rescheduled the next AFCON, which will be hosted in Cameroon, to be played in the early months of the year.

“The Nations Cup in Cameroon, after the request of the authorities, was postponed to January/February,” added Bah. “As of today, we haven’t received the same request from Ivorian authorities.”

Ancelotti hints at transfer talks to take Everton to next level