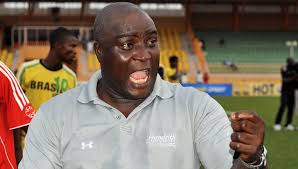 The General Manager of Shooting Stars Sports Club (3SC) Rasheed Balogun, said the cancelation of the 2019/20 season only delayed the promotion of the club to the elite league, exuding confidence that the ticket will be sealed in the new season.

The Oluyole Warriors were having a good run in the botched season but hard their works cut out by the long break in the Nigeria National League (NNL) and the outbreak of the COVID-19 pandemic, which eventually led to the calling off of the season.

Speaking during the weekend on a radio station, the 3SC supremo, said as painful as the failure of the team to secure promotion ticket was, owing to force majeure, the team has put that behind it and has shifted concentration to the incoming season.

“Yes we were sad with the way it ended but everybody knew it was not our fault, we were doing so well that we were very sure of picking that ticket until the unexpected happened.

“We were all disappointed, the officials and the players but we have all put that at the back of our mind, we are now focused for the new season.

“We see what happened as a delay of our promotion, yes our promotion has just been delayed, nothing will stop it this season”, said Balogun.

On what the 3SC squad for the incoming season would look like, the former Julius Berger and Sunshine Stars top shot assured of a more formidable squad.

“Last season, we had a very strong team, at least you can attest to this through our results but this incoming season, we are going to have a more formidable team.

“We will retain bulk of our players and our technical crew is already working towards making the squad stronger, so our fans should expect a more formidable side”, stated the former General Coordinator of the then Dolphins of Port Harcourt.

Wimbledon champion, Halep opts out of US Open

We are not in Tokyo for show -Minister