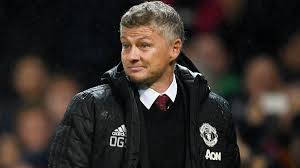 UEFA President Aleksander Ceferin is confident there will be “no need for a Plan B” after discussing plans to finish the Europa League in Germany with the country’s football association (DFB).

Ceferin met with the DFB via video conference to further iron out plans for the Europa League to be concluded from the quarter-finals onwards in Germany from August 10 to August 21.

Manchester United will be involved in that tournament but there is no decision yet on where the second leg of their last-16 tie will take place. The game against LASK Linz is scheduled for Old Trafford, with United holding a commanding 5-0 lead from the first leg in Austria, which was played on March 12.

Once the remaining last-16 ties have been completed the quarter-finals, semi-finals and final will all be played in Germany over one leg, in the space of fewer than two weeks.

After the meeting Ceferin said: “I would like to thank the DFB and their president, Fritz Keller, for their dedication to this project and the work they are undertaking alongside the local authorities to ensure that Germany delivers a successful tournament.

“I am confident that with the constant collaboration between all stakeholders, we will crown the UEFA Europa League champions in Cologne. As with the UEFA Champions League Final Eight in Portugal, there is no need for a Plan B for this tournament in Germany.”

Keller added: “Only if we stand together as a football family we will be able to master the consequences of the Corona pandemic. That’s why I am very proud and happy, that we together with UEFA will host the UEFA Europa League Final Eight Tournament in Germany.

“We will bring our experience, in particular from the last months, to the organisation of the tournament and will justify the trust UEFA and Aleksander Čeferin have put in the DFB as host.”

The games will be played as a straight knockout tournament in at the Stadion Köln in Cologne (where the final be hosted); MSV Arena in Duisburg; Düsseldorf arena in Düsseldorf; and Arena AufSchalke in Gelsenkirchen.

A decision will be made in due course over the venues for the second legs of the last-16 ties, but the two games from that round that have still not had the first leg played – Inter Milan vs Getafe and Sevilla vs Roma – will be played in Germany on August 5 and 6, now over one leg.

Serena to be outdone by Gauff – Barker