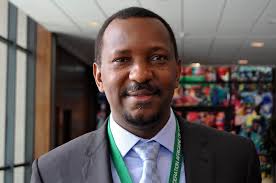 Chairmen of 17 out of the 20 Nigeria Professional Football League (NPFL) Clubs have voted to discontinue the 2019/2020 season.
In the poll conducted on Sunday evening among the clubs in the NPFL, it was decided that there would not be relegation, and as well, no club will be promoted from the Nigeria National League (NNL), which was also inconclusive.
17 Chairmen of the clubs voted that the season should come to an end with the top three clubs representing Nigeria at the CAF inter-clubs competition in the next season.
That way, there would neither be promotion from the lower cadre nor relegation of any of the NPFL clubs. The clubs chieftains were asked to vote on options to end the season owing to the Covid-19 situation.
Enugu Rangers however, voted to go for Super Six Play-off in which the top three clubs will go for CAF competitions. Two Clubs Akwa United and Lobi Stars abstained from voting.
The 17 Chairmen that voted for the season to end are: Kwara United, Kano Pillars, Katsina United, Jigawa Golden Stars, Adamawa United, Wikki Tourists, MFM, Sunshine Stars Enyimba, Warri Wolves and Abia Warriors.
Others are Nasarawa United, FC IfenayiUbah, Dakada, Heartland, Rivers United and Plateau United.