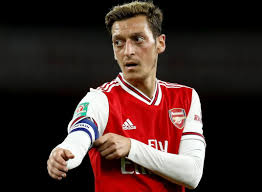 Mesut Ozil’s agent says there is a “90 per cent chance” that he will leave Arsenal in 2021, but has ruled out the possibility of the German midfielder being sold this summer.

Ozil was frozen out of Arsenal’s squad by Unai Emery in the first half of the season, but found himself swiftly restored to the starting XI under his successor Mikel Arteta, who took the top job at Emirates Stadium in December.

Unfortunately, the coronavirus outbreak disrupted the 31-year-old’s progress, and Arteta decided to shuffle his pack following the three-month lockdown.

Ozil has not featured in any of Arsenal’s 12 fixtures since last month’s Premier League restart, with his future at the Emirates once again being called into question now that the transfer market is open for business.

Arteta has insisted that a mercurial performer has been left out for purely tactical reasons, and that there is a still a place at the club for a player of his quality.

Despite the Spaniard’s endorsement, Arsenal have been tipped to cash in on man currently earning a reported £350,000 per-week in wages, amid rumours of interest from Fenerbahce and a number of clubs in MLS.

Ozil’s current contract is not due to expire until next year, and the Gunners have offered little indication that they will be prepared to extend his stay in north London.

However, Erkut Sogut does not believe his client will be making his way through the Emirates exits prematurely, as he told Turkish publication Fanatik: “I do not think there will be a change in the case of Mesut Ozil until the summer of 2021.

“He has a contract. There is no change. He will remain in Arsenal.”

Sogut went on to admit that there is little chance of Ozil remaining at Arsenal beyond 2021, while citing a number of possible next destinations for the playmaker.

The Arsenal outcast’s agent added: “90 per cent [he] will leave Arsenal in 2021. Mesut to Asia, America or Turkey? Yes, maybe.”

Ozil has racked up 254 appearances for the Gunners since joining the club from Real Madrid in 2013, scoring 44 goals and laying on 77 assists.

The former Germany international has also picked up three FA Cup winners’ medals during that time, but is unlikely to feature when Arsenal attempt to win the trophy again in a final meeting with Chelsea at Wembley this weekend.