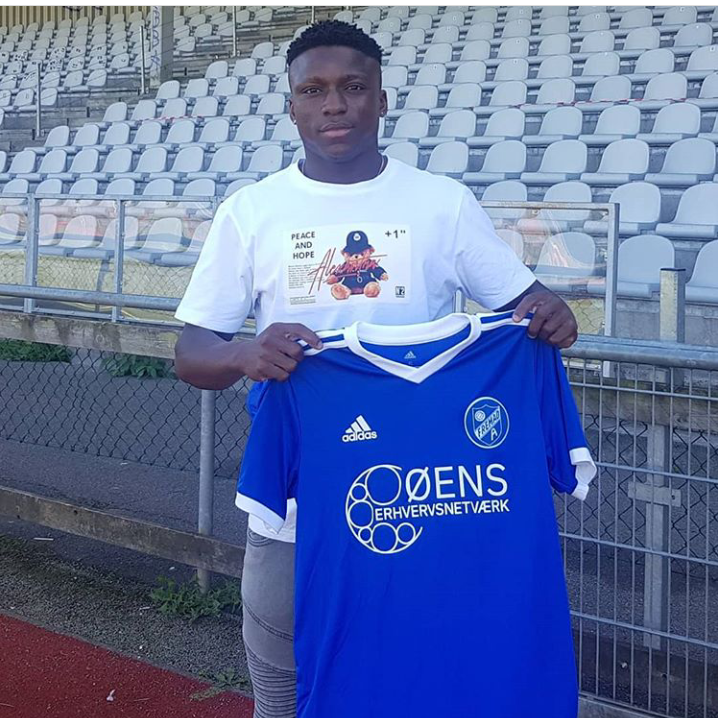 ABS Ilorin FC forward, Olakunle Olusegun, has joined Boldklubben Fremad Amager, a Danish professional football club based in the District of Amager Vest, Copenhagen, in an undisclosed fee, and in a long term contract.

ABS Director of Football, Alloy Chukwuemeka, confirmed this in a statement yesterday in Ilorin that the club has concluded his transfer to the Danish club.

‘We are delighted to see that Olusegun is progressing very well and we are very happy to be part of this.

‘At ABS FC, our objectives are always the same, to discover, train and nurture to stardom.

‘We still have plenty of Oluseguns in ABS FC but everyone will shine at their own time’ Chukwuemeka said.

Chukwuemeka confirmed that the player had been sent to FDC Vista of Russia since 2019 before his move to Fremad Amager.

Olusegun, after his unveiling has expressed delight at the move.

‘It’s the first big opportunity for me, and a chance I’ve been looking forward to. My goal was to perform as well as possible, and get better for each match.

‘It’s the best showcase for young players in my home country. I am very proud to have signed my first contract abroad and it is an exciting step towards my goals for the future.

‘When I was included in Nigeria’s U-17 national team, I was hoping to get my first contract abroad. Now that the shift is in place, I can focus on my development.

‘I was included in trial training several times in February in Turkey at the training camp with Fremad Amager, and was able to show myself there.

‘I already know several of the players, and in addition I have almost just met them all in Turkey. I have talked a lot with Sodiq and Sammy, and they have prepared me for life in Denmark.

‘Both the country and the club seem like a perfect solution to me and therefore it was an easy choice. I’m looking forward to making my debut, and it would be great if it happens tonight,’ Kunle said.

Fremad Amager has since confirmed that the National U-17 player will wear Jersey number 6 and he is in the squad to face B 1908 in the first round of the Danish Cup.

Kwara Football House: The project, the sacrifice, the legacies