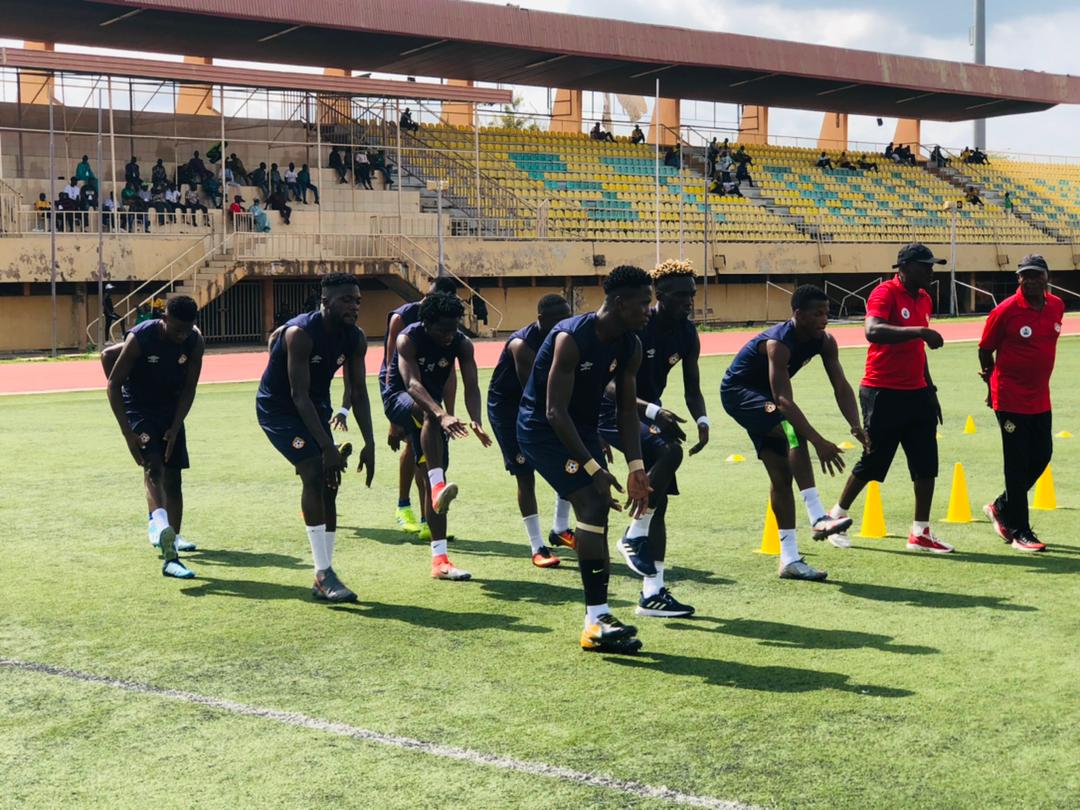 Kwara United FC defeated Jigawa Golden Stars 3-0, with a first half goal from Afeez Nosir in the 23rd minute, and second half brace from substitute Alalade Wasiu, in the 48th and 83rd minutes, to bounce back to winning ways in the league.

Awoniyi, who stars for Bundesliga side Union Berlin, on loan from English Premier League club Liverpool last season visited Kwara United FC training ahead of the Jigawa Golden Stars encounter, when he encouraged and motivated the team to win the match.

The former U-17 and U-20 striker also expressed happiness with the team’s exploits in the league this season, charging the team to go all out to end the season in good position.

He also commended the management of the team, under the leadership of Kumbi Titiloye as Chairman, and Bashir Badawiy as the General Manager, for giving the team the new found identity.

In his reaction after the match, the Technical Adviser of Kwara United FC, Abdullahi Biffo expressed delight having his side back in winning ways, adding that the team will continue to fight till the end.

For Coach Gilbert Opana of Jigawa Golden Stars, he took consolation from his team’s position, considering the teams behind them on the league table, expressing optimism that the team will escape relegation at the end of the season.

Kwara United FC will play FC Ifeanyi Ubah on Wednesday in Nnewi, in a Matchday 26 encounter, and will host Mountain Top FC, MFM FC on Sunday in Ilorin.