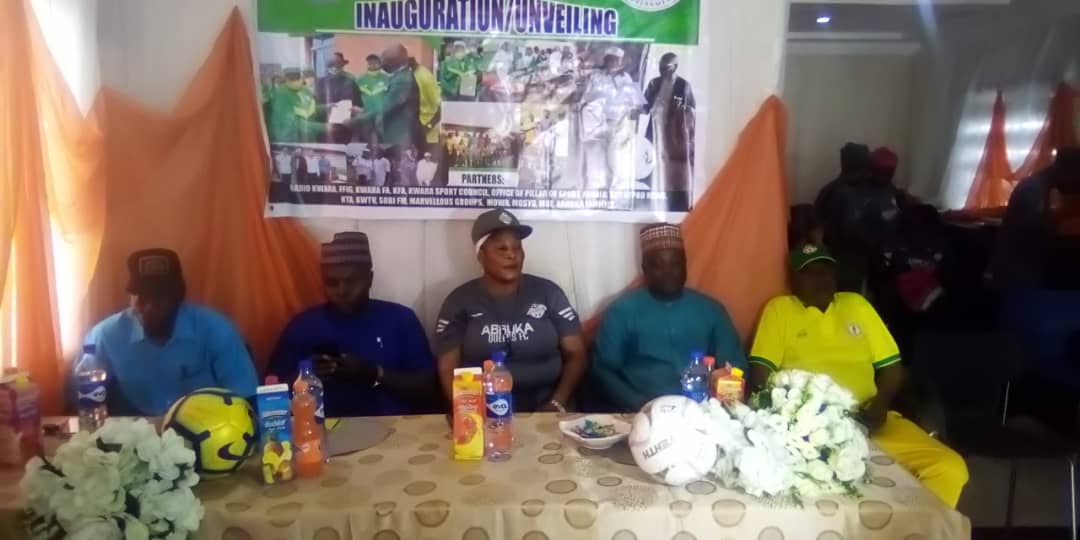 Football stakeholders in Kwara state have thrown their weight behind the newly unveiled female football club in the state, Abruka Queens FC of Ilorin.

In a well attended event at the Viva Suites Reservation on Saturday, November 1st, Mallam Idris Abdullahi Musa, Chairman of Kwara FA in his remarks commended the Proprietor of the club, Hajia Segilola Alaya for her ingenuity in establishing the team.

Alhaji Musa, who inaugrated the team described the development as encouraging, even as he gave assurance that the FA under his watch will continue to support  initiatives that will promote female football development in the state.

The first democratically elected Chairman of FA in Kwara State revealed that his administration, in view of the FIFA and NFF female football development blueprints, will be donating a trophy for a secondary school female football competition in the state, with a view to unearth football potentials at the grassroots.

Earlier in her remarks, the Chairman and Proprietress of the club, Hajia Segilola Alaya said she is convinced that a platform like Abruka Queens will provide opportunity for  female footballer in the state to be empowered and maximize their innates talents.

She appreciated all the stakeholders for standing by the team, and added that their continued support will help them  achieve their dreams.

Aisha Falode, the Chairman of Nigeria Women Football League, who spoke on phone conversation to the gathering applauded Hajia Alaya’s effort as she expressed hope that the development will inspire others to invest in women football.

The event also witnessed the inauguration of the Club’s Advisers, whose wealth of experience are going to be harvested in running the club, namely, the CEO and Publisher of Sportspro News, Bayour Issah, former Chairman, Kwara FA, Mallam Busari Ishola and  Hajia Kareem Rasheedat.

Alhaji Abdullahi Aliyu Alaya, the husband of Hajia Segilola thanked all the stakeholders for their immense contribution towards organising the programme and establishing the club.