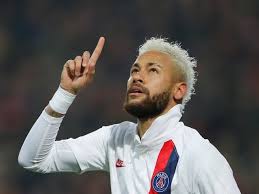 Neymar has told his Paris Saint-Germain team-mates that he wants to leave and rejoin Barcelona this summer, according to Mundo Deportivo.

The Brazilian, who left the Nou Camp in a world record £198million move in 2017, has been unsettled for much of his time in Paris.

Barca failed in their attempts to re-sign Neymar last year, despite offering PSG over £100m plus Ivan Rakitic, Jean-Clair Todibo and Ousmane Dembele.

But the Spanish newspaper claim that the Catalan giants – and Neymar himself – are refusing to give up on a reunion.

The 28-year-old is now said to be openly talking about a move back to LaLiga with his team-mates, telling them that he believes a deal can be done this summer.

Neymar has been in contact with his closest friends in the PSG dressing room, including Kylian Mbappe, during the coronavirus shutdown.

PSG demanded £180m in cash for the former Santos star last summer, but it is believed they will accept closer to £135m now as his contract begins to run down. It expires in 2022.

And it is claimed that Neymar wants to ensure a smooth exit from the Parc des Princes when the transfer window eventually reopens.

PSG have already sealed the Ligue 1 title as a result of the season being curtailed, but the Brazilian is said to have his sights set on winning the Champions League before rejoining Lionel Messi and Co in Spain.

Neymar wants to sign-off in style and believes leading PSG to their first triumph in the competition would be the perfect way to get his dream move back to Barca.

The club’s Qatari owners have invested heavily in the squad since taking over in 2012, with club president Nasser Al-Khelaifi making no secret of his desire to take the French giants to the top of the European game.

PSG are through to the quarter-finals of the Champions League after coming from behind to beat Borussia Dortmund 3-2 on aggregate in the last-16.

Former IAAF boss, Diack accused of getting bribes to cover up doping