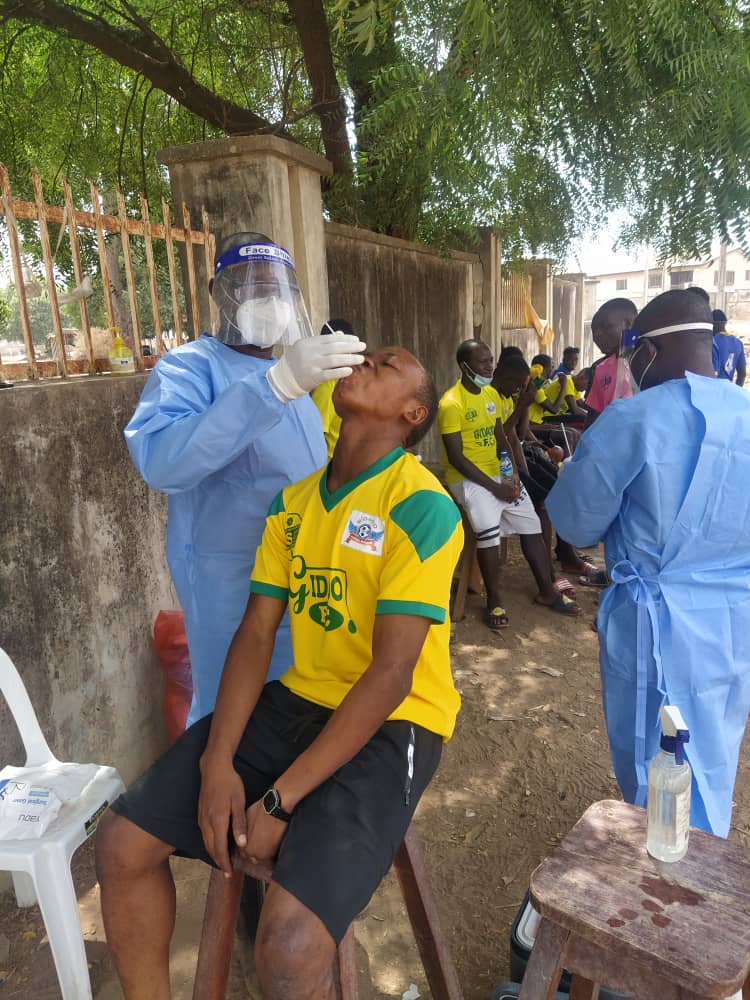 The officials and players of Gidado FC have undergone the mandatory Covid-19 tests ahead of the new Nationwide League One (NLO) season.

Recall that the management board of the league had mandated all the clubs to provide their Covid-19 test results as one of the requisites for participating in the league.

The tests, which held at the Kwara State Ministry of Health Headquarters in Ilorin on Saturday was conducted for all the  players and officials of the club.

Speaking after the excercise, the General Manager of the club, Funsho Mohammmed noted that the team will leave no stone unturned towards protecting it’s officials and players against the deadly pandemic.

“This excercise is one of the criteria for participating in the league and we will not stop here but continue to do our best in abiding with the rules and regulations guiding the league” the Manager said.

The NLO league will be starting across all the centres in the country today, Sunday March 7th,2021.