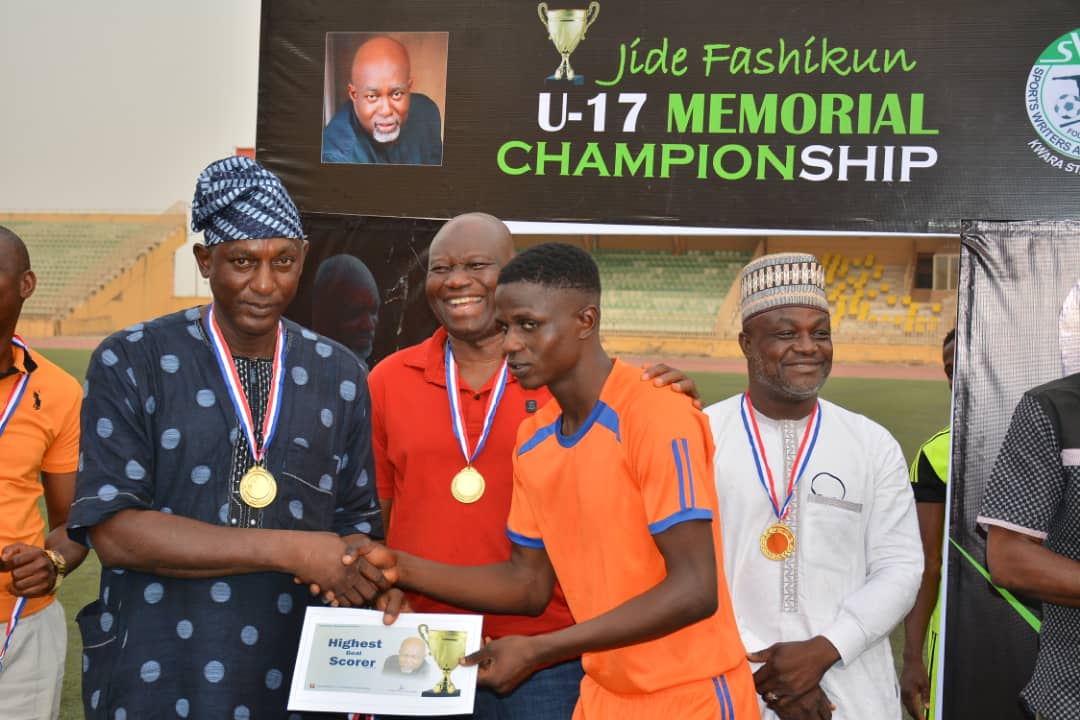 The Herald Newspapers have emerged champions of the maiden Kwara SWAN/Jide Fashikun U-17 football tournament, beating hard fighting Radio Kwara by a lone goal today in Ilorin at the Kwara State Stadium Complex.

The competition, which was organised among Media Houses to honour late Jide Fashikun for his milestones in sports adminstration across the country, featured Radio Kwara, NTA, Herald Newspaper and Kwara television.

Speaking after the encounter, the Chairman of the Kwara state chapter of the Sports Writers Association of Nigeria, Jimoh Bashir, commended all participants for exhibiting the spirit of sportsmanhip through out the competition, noting that the tournament was orgainsed in memory of late Fashikun as parts of the association’s programme for the year 2021.

In their goodwill messages, a former sportscasters with NTA, Mallam Hameed Adio, described Jide as a principled man who did not compromise professionalism for sentiment.

Adio explained that Jide was an advocate for ensuring athletes welfare are priorities and collaborated with notable individuals for Sport projects.

Mallam Kayode Aremu, General Manager of Kwara State Broadcasting Corporation acknowledged that the event is big bonus for SWAN and the sporting community as he remembered vividly, how himself and late Fashikun lived together for years with references on how passionate and dedicated he was to sports development.