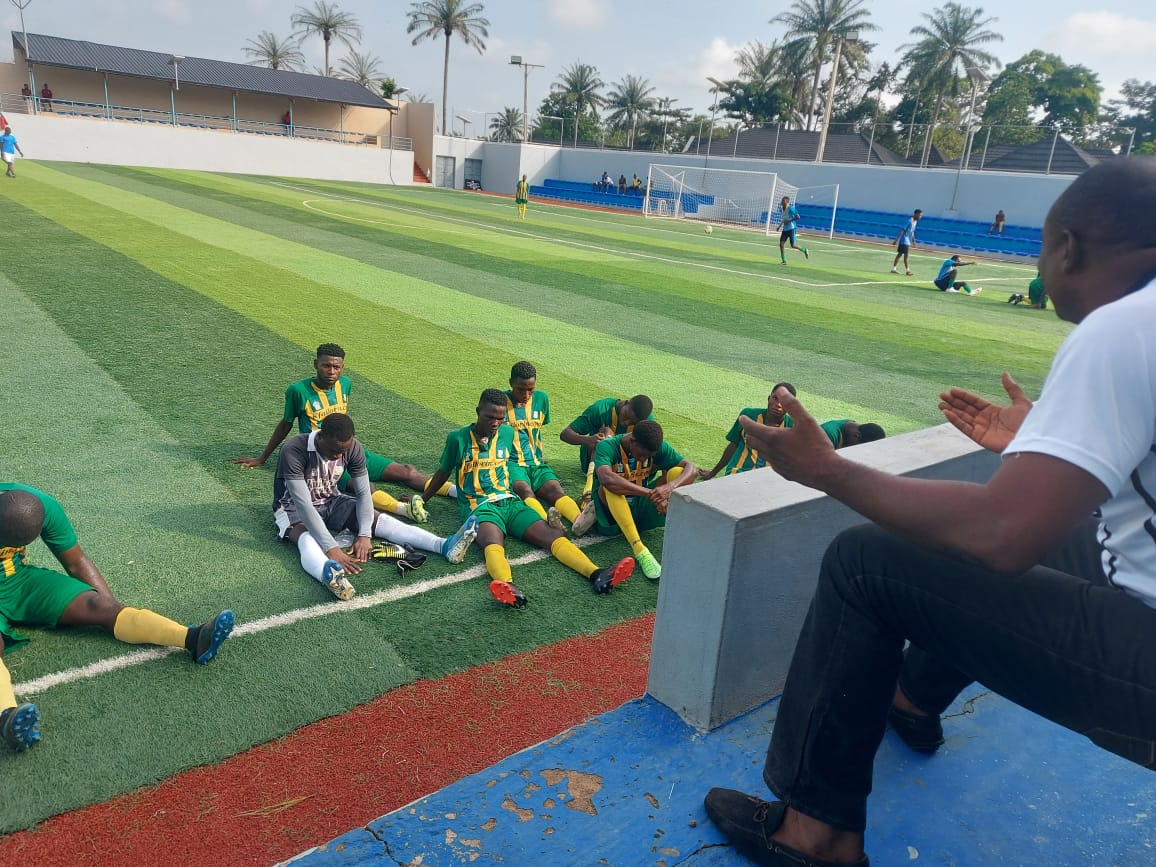 Coach Samuel Elijah (MON) tutored side, Kwara Football Academy (KFA) reproduced glimpse and memoirs of Saudi Arabia 1989 early this morning in an high profile Inter-state friendly match between Malaga CF, Ilaji and KFA, when the Academy boys came from three goals down to draw 4-4 at regulation time.
The Malaga CF were in the front foot scoring three goals within the first 25 mintues of the encounter.

At the interval, the Technical Director of the Academy, Sam Elijah, who incidentally was part of the Nigerian side that recorded the biggest come back in World Football at the FIFA World Youth Championship Saudi 89′ charged the boys to go back and redeemed the scoreline.

Elijah himself, who scored Nigeria’s third goal in the historic match in the City of Damman in Saudi Arabia and also the winning spot kick  against the Old Soviet Union (Now Russia) in the quarter -final encounter of the U-20 World Cup charged the boys to turn the game around.

On resumption of the second half, ,the KFA started brightly, with intent to salvage the scoreline. It took Mubarak Abdulroheem just two minutes after the restart to reduced the tally when he connected well with a cross from Azeez Yusuf to fire home for the first goal for KFA.

Two minutes later, rave of the moment and midfield meastro, Samuel Sunday skillfully  manoveured his way round five players of Malaga CF and pick Kolawole Samad who fired home past an helpless Malaga CF goalkeeper for the second goal.

On the 54th minute, Samuel Sunday got his second assist of the day when his diagonal low cross met the foot of Mubarak Abdulroheem, who simply tap in for his second goal and in just 9 minutes after the restart. The redemption job is completed. 3-3.

The bench of the Academy with Tunji Shuaib and Ladi Ojokojo still  pushing for victory, injected new bloods with the introduction of Muhydeen Yunus for Abubakar Garba and Ibrahim Pele Victor replacing Mubarak Abdulroheem, which  added bites and energy to the attack of the Academy.

Kolawole Samad got everyone in the stand to their feet when his 40 yard motion screamer, which hits the top corner of the net and KFA are in front for the first time in the game.

However, a mild drama ensued when the centre referee added 14 extra minutes after the regulation time, The home team took advantage of the momentary lost in concentration to salvaged a draw with the last kick of the game. 4-4 it ended.