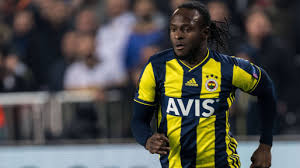 Moses listed for clear out at Chelsea

Former Nigeria international, Victor Moses, has been listed by coach Frank Lampard among Chelsea players to be ask to go via transfer market listing ahead of next season.

Moses who arrived Stamford Bridge in 2012 from Wigan has had a mix of lows and downs experience with the Blues having had to endure a back and forth loan deals which have taken him to Liverpool, Stoke City, West Ham, Fenerbahce and currently Inter Milan.

The 29-year old versatile player had won the Europa League in his first season at Chelsea and in-between his loan sojourns, he also won the Premier League with Chelsea in 2016/17 and the FA Cup the following season under Antonio Conte.

In a report in The Sun, Moses’ hopes of returning to Chelsea has now been dealt a massive blow with Lampard listing him among Chelsea stars who are surplus to requirements in a bid to raise the fund needed to buy Leverkusen attacking star Kai Havertz and Leicester full-back Ben Chilwell.

Inter Milan have an option to sign the 29-year-old wing-back for £10million but are not prepared to pay that during the coronavirus recession.

They could complete a deal for half of that price and Chelsea are unlikely to stand in the way of his departure.