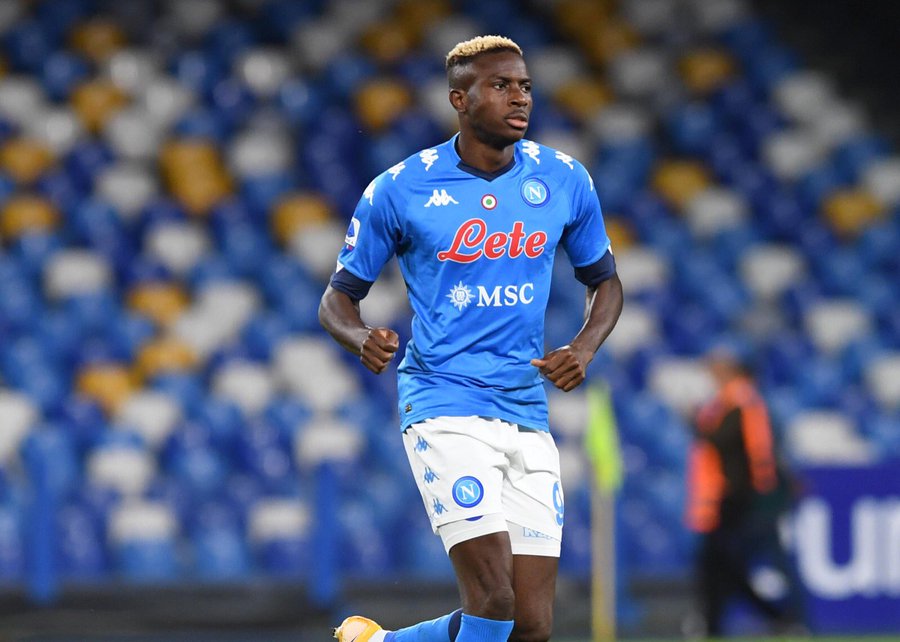 Victor Osimhen has reportedly been fined two weeks wages by Serie A club Napoli after he took part in a birthday party without a wearing a protective mask.

Osimhen tested positive to coronavirus upon his return to Naples from Nigeria for the Christmas break.

The former Lille striker held a party to celebrate his birthday on December 29, 2020.

A video on the social media, show the 22-year-old gathered by several friends and kids, none of them wearing a protective mask.

Napoli manager Gennaro Gatusso according to reports didn’t take Osimhen’s behaviour well and has decided to punish him for his recklessnes.

The striker picked up a shoulder injury during the international break in November and was reportedly ready to return to action after the break.