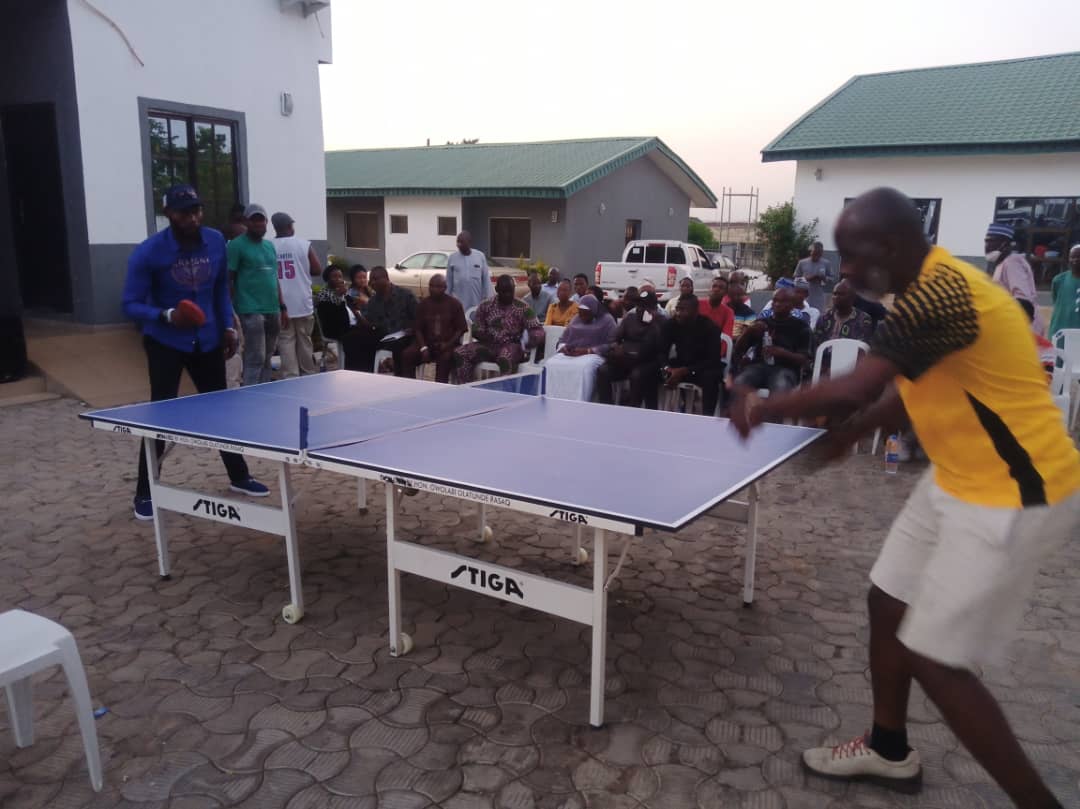 The duo of Musa Babatunde Jimba of Kwara TV and Yusuf Adebisi of State Information clinched the joint third position.

Meanwhile, Yetunde Bamidele of the State Information Chapel emerged overall winner in the female category after edging out Itunu Olaosebikan of Radio Kwara by two sets to one.

The duo of Nusirat Popoola of Kwara TV and Alao Adedoyin of Federal Information shared the third position.

In his remarks, the sponsor of the tournament, Hon. Owolabi Olatunde AbdulRazaq, who is representing Share/Oke-Ode Constituency at the Kwara State House of Assembly assured the Council that he would sponsor the next year tournament.

Hon. Owolabi, who is the Chairman, Kwara State House of Assembly Committee on Environment and Health however, the State Council of NUJ to put more efforts in subsequent editions.

On her part, the State Commissioner for Communications, Hon. Bosede Olaitan Buraimoh, commended the NUJ and the sponsor for organising the tournament.

She disclosed that apart from uniting people, sports also help in burning unwanted cholesterol in the body.

In his remarks, the General Manager of the State Broadcasting Corporation, Radio Kwara, Alhaji Kayode Aremu, who expressed delight with the performance of his staff disclosed that the Corporation would procure a table tennis board for staff of the Corporation to practice more effectively.