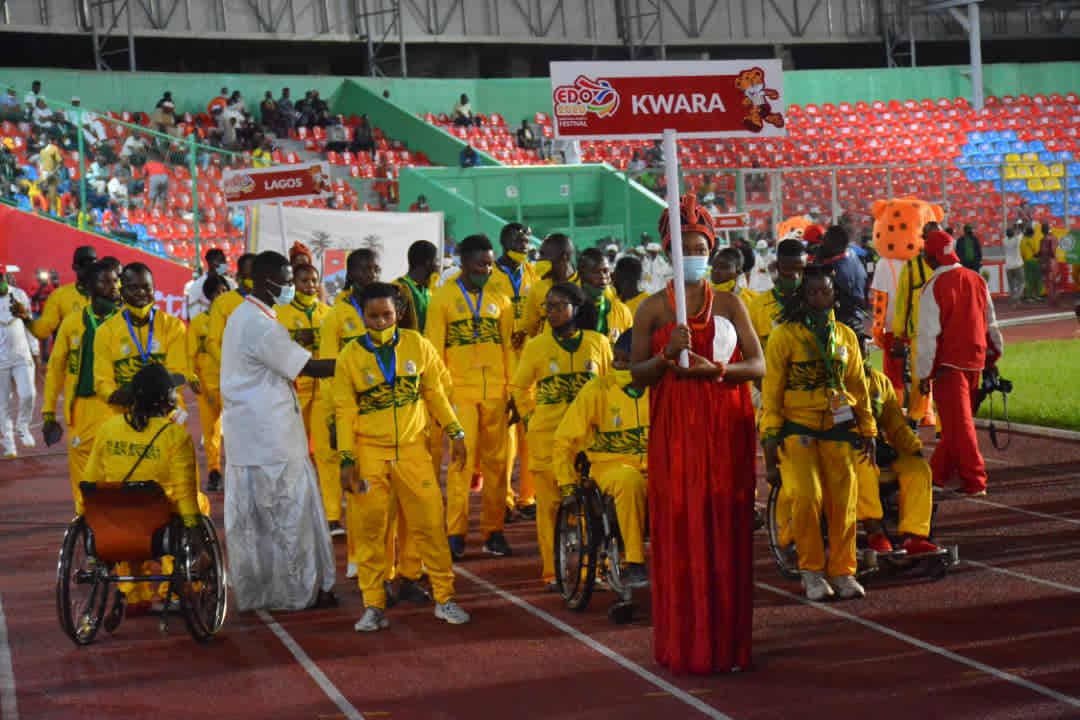 The Kwara chapter of the Sports Writers Association of Nigeria (SWAN) has congratulated the state athletes to the just concluded 20th National Sports Festival (NSF) in Benin, the Edo state, over what it described a fantastic and improved outing.

In a statement siggned by the Secretary of the association, Olayinka Owolewa today, SWAN said in no distance time, the huge investment of Governor AbdulRahman AbdulRazaq in sports has started yielding positive results.

The statement reminded that Kwara finished 15th on the final medals table with seven gold, six silver and 31 bronze, totaling 44 medals as against Abuja 2018, where the state came a distant 23rd, having won only one gold, six silver and five bronze, making a total 12 medals.

The association noted that Governor AbdulRazaq administration’s decision to resuscitate the State Sports Festival 15 years after in 2019 has been justified with the improved outing at Edo 2020.

The statement further said that with the ongoing renovation, construction and fixing of some age long abandoned sports facilities at the Kwara State Stadium Complex, the athletes would perform better in future Games when the facilities are finally put into use when completed.

The association however, appealed to Governor AbdulRahman AbdulRazaq, to consider the appointment of someone who is grounded and vast in sports business as Commissioner for Sports and Youth Development to complement his huge investment in sport in the state.

The statement commended the Governor, hi Chief Press Secretary, Malam Rafiu Ajakaye and the state Ministry of Sports and Youth Development for their financial support to the association which ensure its members were fully represented at the Games in Edo.

SWAN also commended the State Deputy Governor, Mr Kayode Alabi, for his physically presence at the Team Kwara’s camp in Benin, where he also watched some of their events, describing such move as a morale booster.

The body appealed to the Governor to receive, host and reward the athletes after making the state proud in Edo.

SWAN also commended some athletes who from their personal purse, paid their registration and insurance fees as well as financed themselves to Edo 2020 and won gold and bronze medals for Kwara in darts.