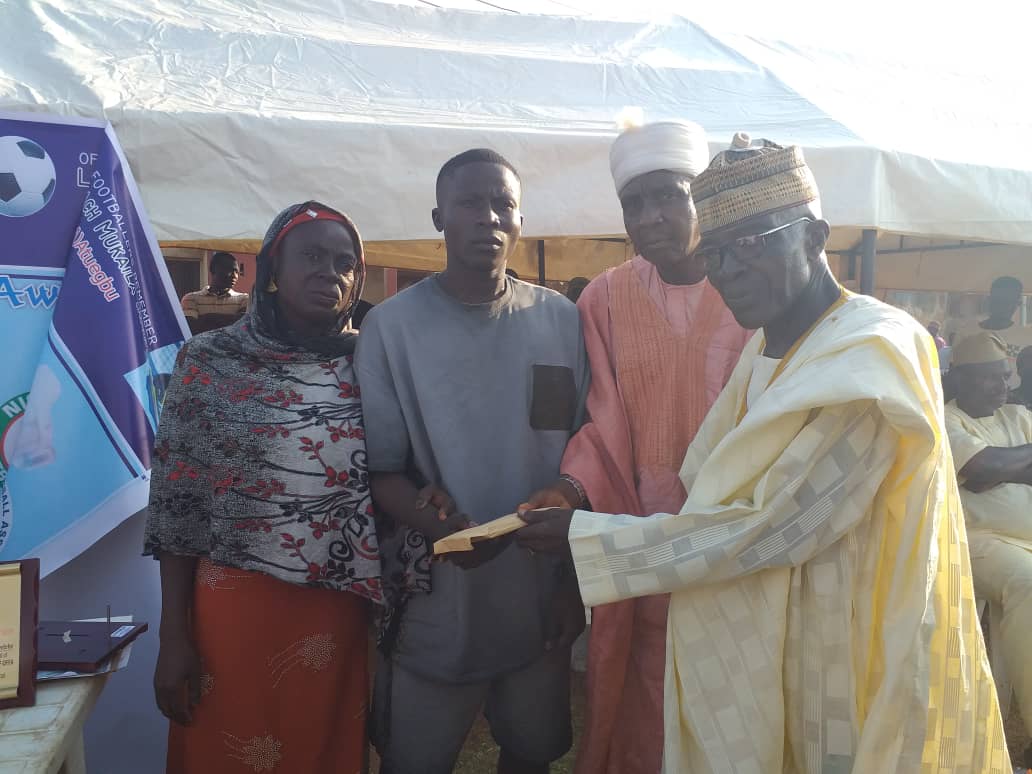 It was a joyous and emotional moment for the immediate family of the late Coach Mukaila Jimoh (Atuegbu) last Wednesday when ex-footballers donated a sum amount of #100, 000 to the wife and the only surviving child of the deceased.

At the event, which held at Ogidiri Primary School Offa, it was a nostalgic experience for football stakeholders as they remember the impact of Coach Atuegbu on the development of football in the Community.

In the early 80s, the late grassroots mobilizer was a force to reckon with owing to his remarkable efforts toward convincing parents in releasing their wards to play football and subsequently exposing them to the real world of the game.

Speaking on behalf of the ex-footballers at the reunion event, Ope Olorunshola credited late Atuegbu who died 25 years ago for impacting their lives positively adding that his efforts can’t be quantified.

“Coach Atuegbu was very accommodating. Despite the obvious financial constraints, he would rallied round the town to source for money to enable us prosecute matches away from Offa- So we can never forget him”, Ope said.

Olorunsola acknowledged how the late tactician encouraged the players to combine education with sports. An orientation which eventually helped them emerged as resourceful and productive members of the society.

Earlier before the presentation of awards, a novelty between Atuegbu Boys and Keshavan Babes had ended 2-1 in favour of the former.

The ex-footballers also seized the opportunity of the programme to dole out some cash to the immediate families of their team members who are no more.

Sikiru Mukaila Jimoh, the only surviving child of the late Coach and his mother, Mutiat Mukaila Jimoh were also present to witness the event and also receive their donation.