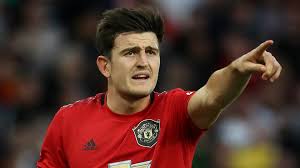 Leicester City can finish in the top-four if they beat United on Sunday, or if they draw and Chelsea lose to Wolves.

United need only a draw to finish in the top-four and Maguire is firmly focused on the result.

“We need to prepare right and sleep right. We have got to be fresh and play at a tempo you need to play at this club.

“You saw that in the first few minutes this game, but we fell away. We will look back, but will be fully ready on Sunday. If you can’t be ready for the game that is coming you are in the wrong sport.

“It’s a huge game. We have three days to prepare for it. With our schedule it has generally been a couple of days, then you play again, so you don’t get time on the training ground and it’s more about recovery.

“So it’s nice to have three days, which seems crazy to say, but the schedule has been harsh for the lads. We will be ready on Sunday.”