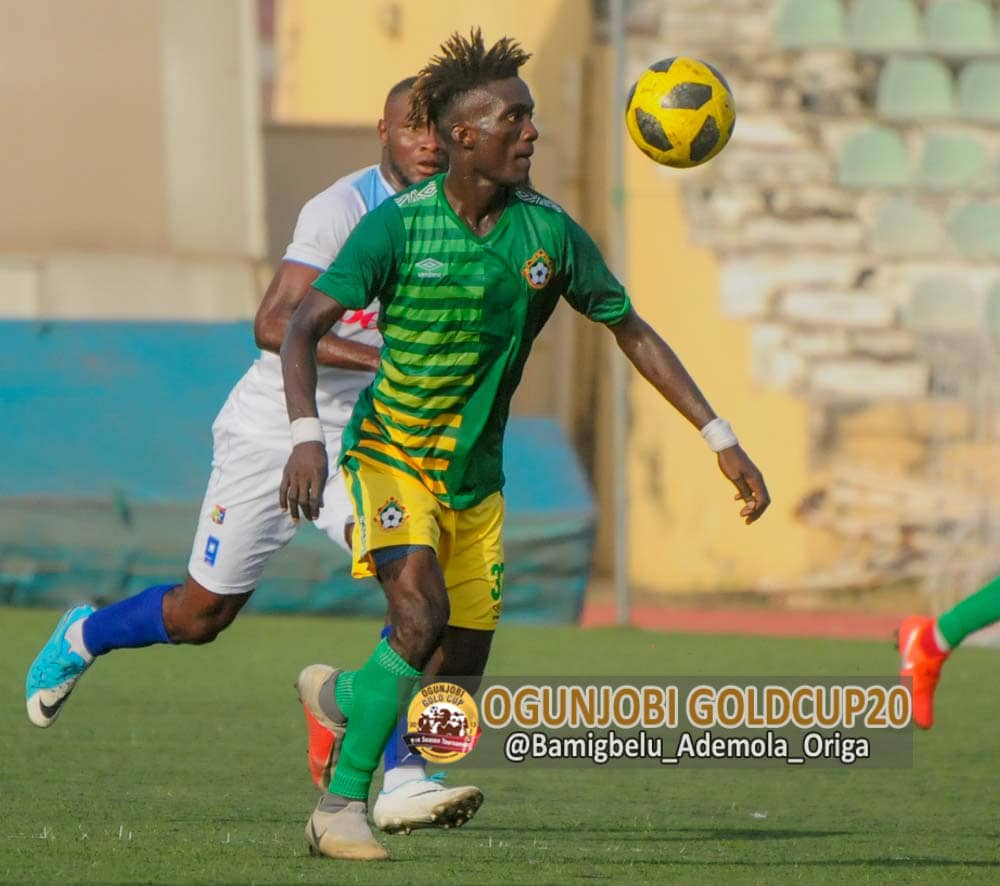 The Savannah Scorpions set up a clash with Group B leaders, Remo Stars after they beat Ekiti United 2-1 in their last Group A game today.

The tie is billed for 8.00am Wednesday at the Main Bowl of the Kwara State Sports Complex.

The Savannah Scorpions finished the group  with six points and a plus one goal difference behind ABS FC.

Ahmed Jimoh put his team two goals up after he made it 2-0 on the dot of 45 minutes after he rounded up two Ekiti United defenders before slotting home his first goal of the tourney.

Ekiti United got a lifeline in the 56th minute as they were awarded a penalty after Adebari was fouled in the box.

Okey Nze made no mistake as he put his low drive shot at the bottom left corner and far beyond reach of goalkeeper Mamman.

The Fountain Boys quest for an equalising proved no to be so after the centre referee signalled the end of 90 minutes with the final blast of the whistle to the anguish of their bench and delight for Gombe United.

The second semi-final billed for 4.00pm on Wednesday certainly would be a cracker as its a Kwara derby.

ABS FC, who beat FC Ebedei to top Group A after scoring two goals in each half via the boots of Oyedeji Samuel and Okoromi in the 35th and 87th minute will host their arch rivals Kwara United for a place in the final.

Kwara United who had six points came second of Group B behind Remo Stars who pulled seven points from three matches.

Ahead NPFL 2020/2021: Redstrike to visit Nigeria for operations evaluation