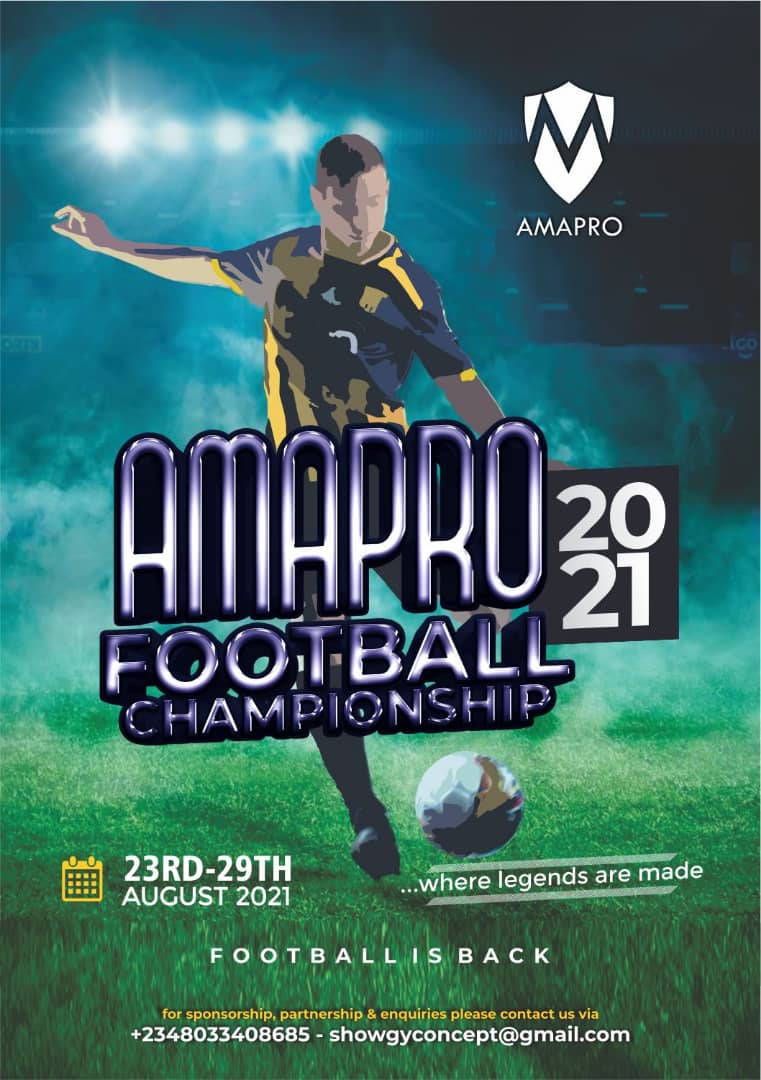 Organizers of prestigious soccer fiesta, AMAPRO Football Championship have announced a new date for the kick-off of this year’s edition.

In a statement released on Friday in Ilorin, the Brain-Behind the Championship, Shogo Shodunnke disclosed that the 6th edition of the fiesta will now be 16th to 22nd of August, 2021 as against the 2nd of August earlier fixed for kick-off.

Shodunnke said the new date became necessary to give rooms for fairness as the apex league in Nigeria, the NPFL will be rounding up on 8th of August which would allow for the NPFL All Stars to participate.

He noted that the shift in date would also afford the organizers to perfect other aspects of the championship to make it more colorful and eventful.

He however, apologized to the participating teams for the inconveniences just as he assured of hitch free tourney.

The AMAPRO Football Championship organized by Phreestyle Sports was designed to serve as bridge between the Professional footballers and their amateur counterparts.