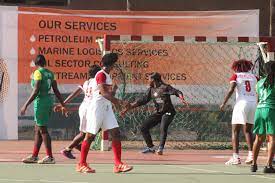 The coaches, in statement from the HFN secretariat on Tuesday, were selected not only for their experience and capabilities as top coaches but also in the spirit of equity, fairness in giving female coaches the opportunity to make an impact in the continued development and growth of handball in Nigeria.

Coach Bukola Duru, unquestionably the only coach in the Male Category of the top tier Prudent Energy Handball Premier League, will be in charge of the National under 20 Female Handball team.

The Lagos Seasider coach has made her mark in the league by being one of its top coaches as the team has consistently finished on the podium of the top tier league for two years.

She would be assisted by Coach Isiaka Atanda, who led Adorable Angels of Ilorin to win the Prudent Energy Handball Premier League title on their debut in the top tier league.

Coach Justina Akpulo, coach of the experienced top handball league side Imo Grasshoppers will coach the National Under 18 Female Handball Team and will be assisted by Opuena Yekorugba, the head coach of Bayelsa Queens, who recently got promoted to the Prudent Energy Handball Premier League 2021 in the just concluded National Division One Handball League in Benin City, Edo State.

The Chairman Caretaker Committee of the HFN, Mr. Samuel Ocheho said the decision to appoint coaches was to change the balance in favour of the feminine gender in the sport and he believes it will spur them to greater height.

“Prior to this time, our national teams, especially the female teams, lacked gender sensitivity in the appointment of coaches”. Ocheho said.

“Therefore in line with the Olympic spirit, we have decided to change the balance in favour of the feminine gender.

I believe that this will go a long way in developing and creating an achievable career path for our ladies”.

Ocheho also reiterated that the appointment of the female coaches would greatly benefit the national teams as they have operated in the highest level of Nigeria handball and would bring their wealth of experience to bare in the discharge of their duty which is in response to the clamour from stakeholders to give room for development of female coaches.

“I believe our national teams would be better for it as they (the female coaches) have operated at the highest level of Nigeria Handball and I believe they will bring their wealth of experience to bear on our National teams.

This in response to the call from handball stakeholders to give room for development of our female colleagues in their chosen coaching career and we believe that they will justify the confidence we have reposed in them”. Ocheho concluded.

Their appointment is expected to last one year with an option of another year which is subject to the review of performance after which appointment can be rolled over as deemed necessary.