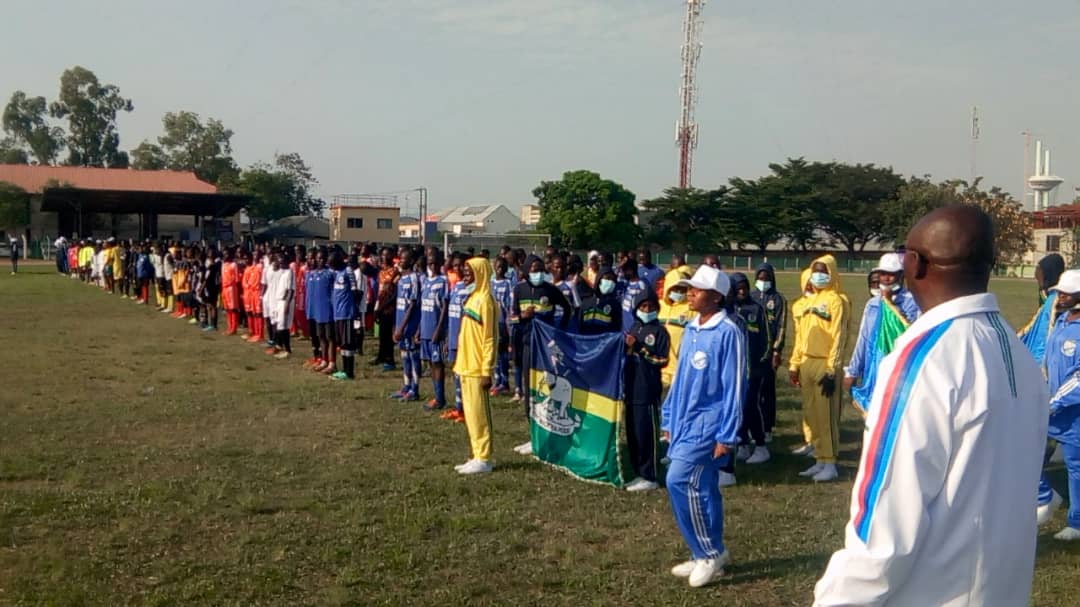 At the end of the draws for the U-14 Boys, Kwara, FCT, Cross Rivers, Kogi and Police Team were drawn in Group A.

In the girls category, Group A has FCT, Imo, Navy Girls and Ekiti state,  while Group B consists of Kwara, Cross River and NAF Team.

Moje Queens won the U-17 Girls title in the last edition held in Ibadan, Oyo state and are poised to do the state proud again by retaining  the title.

Kwara state U-14 boys team were the second best at the 17th edition of the Chief of Naval Staff tournament held in 2019.

The tournament  being  organised  by Youth Sports Federation of Nigeria ( YSFON) attracts  over 28 youth teams across  the country.

Meanwhile, the tournament proper commences tomorrow with the Day One matches as scheduled below.

FCT vs Imo  at National Fire Academy by 11am

Nigerian Navy vs Ekiti at NSCDC Soka by 11am

Kwara vs Cross River at NSCDC Soka by 4pm

FCT vs Kwara at NSCDC Soka by 1pm

Ekiti vs Edo at NSCDC by 2pm

Gombe vs Kaduna at Fire Academy by 12pm

Kebbi vs Plateau at Fire Academy by 1pm

River vs Kano at Fire Academy by 2pm

Taraba vs Air force at NSCDC by 3pm

Bauchi vs Nigerian Navy at NSCDC Soka by 12Noon

Cross River vs Kogi at Fire Academy by 3pm

Importance of exercise stressed at Ilorin Mega Walk Out 2021